We showcase inspiring Indigenous creators from across Canada and around the globe.

Red Sky Presents offers inspiring Indigenous creators and companies from across Canada and around the globe.

Through our Presenting Series, we introduce audiences to inspiring and leading Indigenous creators from across Canada and around the globe. We present talented emerging and established artists and provide them with opportunities to delve into new artistic territory and thrive on the stage.

MUSIC FOR THE GREAT LAKES 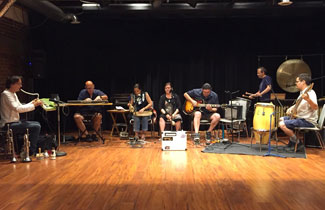 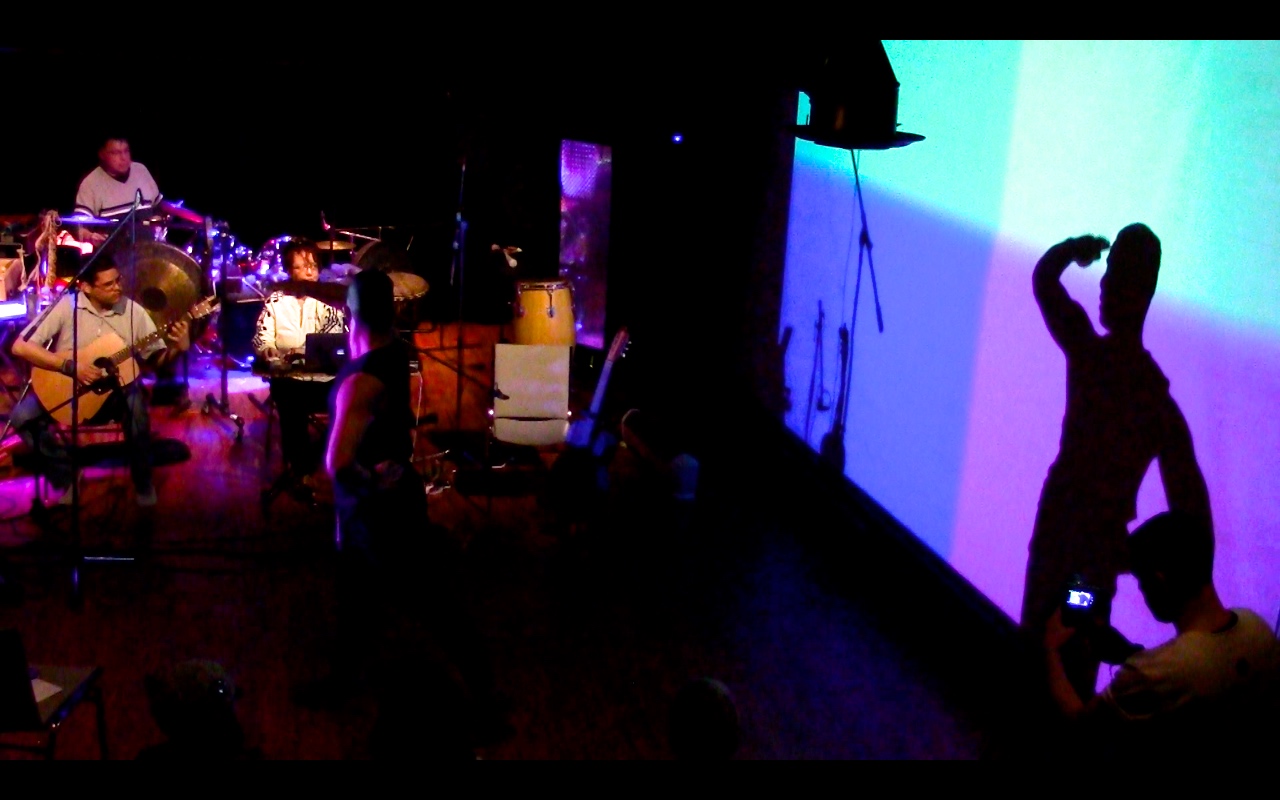 The Indigenous Music Creators Project is an innovative initiative that supports emerging and professional Indigenous musicians, singers and music creators who seek to score music for dance and theatre.

The project covers the core topics of composition, harmony, pitch, tempo, working with traditional and contemporary genres, working collaboratively and as soloists and pre-formed ensembles. We explore working with dancers, actors, and the moving image.

“It was exhilarating to be able to explore new possibilities, especially with new teachings and access to many instruments…this was off the hook!”
- Craig Commanda, multi-instrumentalist and music creator 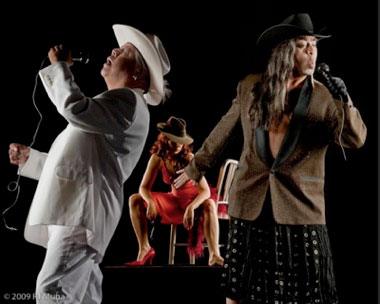 Since the early 90's, performance artist/writer Guillermo Gómez-Peña and Native American conceptual artist James Luna have worked on ongoing project The Shame-man meets El Mexican't, in which they challenge assumptions and prejudices about ethnicity and culture with a strong dose of melancholic humour and sharp conceptualism.

Launched in 2007, La Nostalgia Remix is the last project in The Shame-man meets El Mexican’t series. The artists explore nostalgia as a style, a form of resistance, and as reinvention. Remix is a series of "live performances for an imaginary bar" that explore the cultural, symbolic and iconographic dimensions of nostalgia both on the Native American "rez" and in the Chicago "barrio". 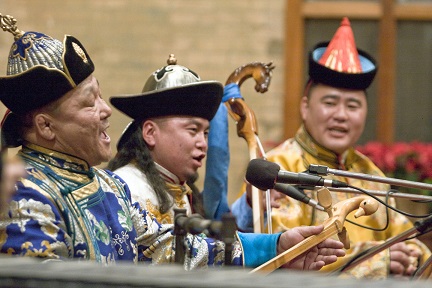 Join us for an evening of stunning and evocative music that connects the world Indigenous cultures of Canada and Mongolia.

Join us for an intriguing evening with Carlos Rivera. An Associate Artist with Red Sky for the past nine years, Carlos is a dancer, teacher and choreographer of traditional and contemporary dance.

Join us for an evening with circus artist Julie Choquette as she explores what it takes to become a contortionist and an aerial acrobat.

TOMSON HIGHWAY FLIES WITH A LITTLE HELP WITH HIS FRIENDS 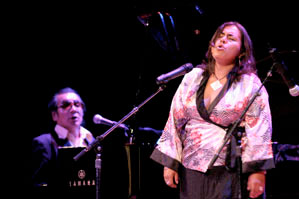 A charming and whimsical cabaret in English, French, and Cree for all audiences showcasing celebrated artist Tomson Highway on piano alongside mezzo soprano Patricia Cano from Peru and saxophonist Uli Kempendorff from Berlin. This cabaret featured selections from Highway's The Incredible Adventures of Mary Jane Mosquito as well as excerpts from Highway’s musical, Rose.