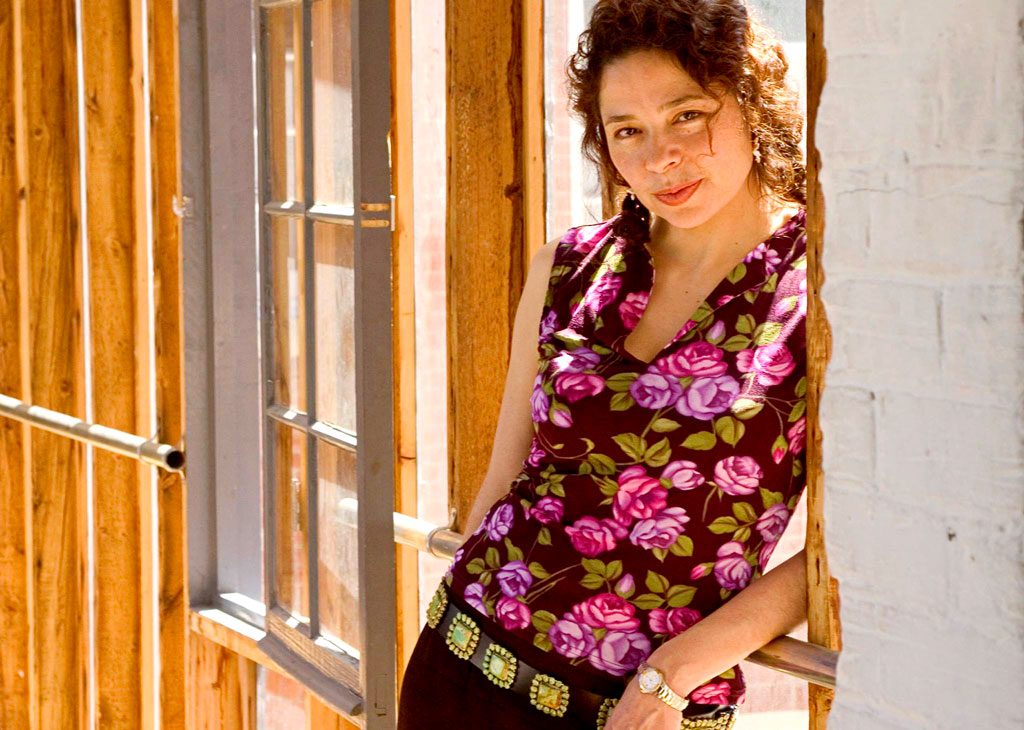 "We've always had a real legacy in our traditional culture, of music with unique instrumentation, orators speaking in heightened poetic language, dance and drama combined with spirituality and even politics." People say, "You know, Red Sky is very cutting-edge, how you've put together music and dance and all these other disciplines."

Sandra Laronde laughs softly, as though she had long ago ceased to be surprised by the non-Native world's near-total ignorance of her culture. As founder of Red Sky, the Temagami-born artistic director has produced a body of work, and played to sold-out houses at home and abroad. There are those who believe that blurring the lines between opera, dance, and spoken-word narrative is a thoroughly modern phenomenon, even though First Nations performances have always been multidisciplinary. An optimist, Laronde prefers to focus on spreading the reach of the culture, one audience at a time.

Red Sky's latest show, Underworlds, offers an easy point of entry for those unfamiliar with Native performance. The double-bill pairs venerable classical ensemble the Toronto Consort's exploration of the myth of Orpheus with the tale of Ojibway hero Cheeby-Aub-Oozoo. Both characters are humans who cross over into the underworld, though according to Laronde, "Cheeby-Aub-Oozoo is less a weeping lover than an inquisitive 'freak-boy' who transforms into the leader of the spirit world." Laronde says, "In Canada, we know more about Greek and Roman mythology than we do about Canadian mythology from this land, this country."

Laronde is unfazed by the common elements in the two tales, having already encountered similarities in myths and original stories from around the world. Since the company's founding in 2000, Red Sky has already raised the profile of Native Canadian performance, bringing shows like 2000's critically acclaimed Caribou Song to the Kennedy Centre in Washington, DC. After touring in Ontario and Newfoundland and Labrador the company has recently been invited to give the opening performance at this year's World Indigenous Festival in Queensland, Australia. "There's a real thirst and for something that is unique and dynamic. We haven't really marketed our work to a large extent outside of Canada but somehow people hear about us."

Red Sky has successfully brought Native culture to a diverse audience (Laronde estimates that roughly 40 per cent of their audiences is Native), and the appeal of Red Sky's shows transcends generational limits as well as geographical ones. Describing the difference between a First Nations audience and a typical theatre audience, Laronde sounds faintly amused by the concept of a generation gap. "I'll often go to theatres where it seems like the majority of the audiences are the same age, 50-year-olds, and then other theatres it is 30-to 40-year-olds and younger, and it just seems [that the work is] focused on a certain age range as opposed to the whole gamut of ages. As First Nations people, a lot of our celebrations are intergenerational in scope. When you go out to a First Nations event, you"ll see three and four generations together who can actually communicate with one another."

The collaboration among traditional Ojibwa singers, a Native Canadian mezzo-soprano and Mexican composer Antonio Zepeda – who wrote the music both for 2003's Dancing Americas and Underworlds using pre-European-contact instruments – works well due to their common ground. "All mythology in the end is fairly universal," Laronde says, though "[each culture has] a very distinct cultural expression. We're telling very specific stories but somehow people feel part of the story – this is what great storytelling is about, that everybody gets them on some level."