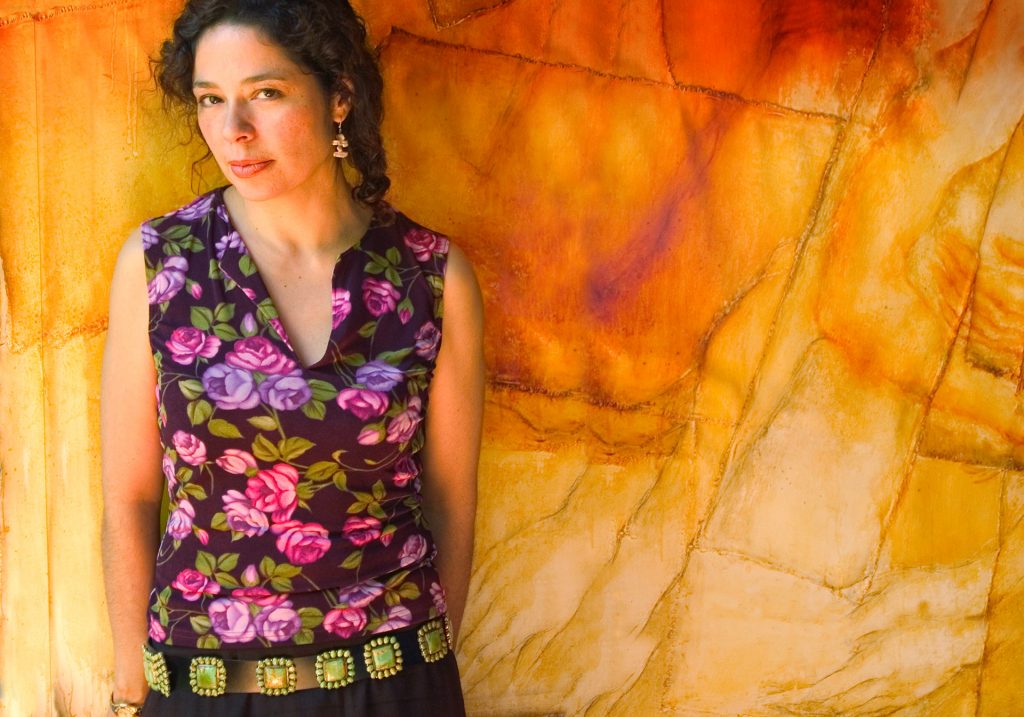 In her youth, Sandra Laronde was given the same advice as many young people receive – if you work hard you can achieve anything. While Laronde believes those words to be true, she also believes there’s more to it than that.

Recently, Laronde was in her homeland of Teme-Augama-Anishnaabe (People of the Deep Water) in northern Ontario, where she spoke to the Temiskaming District Secondary School graduating class in New Liskeard.

During her visit, Laronde told the students things that she didn’t hear when she attended the school but needed to hear – things about the arts, culture and about being proud of the place you come from.

“One of the things that I said to the youth is that you are going to hear a lot of things at this graduation about developing your mind and that is so important. But you also need to develop and cultivate your heart, and work within your heart and in the world to create peace.”

Laronde likes to use stories to get her point across. It helps people remember and understand things better, she said. Also, people can take from the story whatever they are able to hear at that point in time.

“You're usually in a story and it’s the images that you remember and walk away with.”

In 1993, Laronde, who wears the artistic hats of performer, writer and producer, founded Native Women in the Arts, Canada’s only organization for First Nations, Inuit and Metis women from diverse artistic disciplines. Before she founded the organization, there wasn’t really any formal network for Aboriginal women artists in Canada.

“We know there are a lot of books about us, but not by us,” she said. “Seeing our own stories published gives women incredible confidence that they can go further into their writing careers.”

Red Sky’s Performances first production was Caribou Song, based on a story by Tomson Highway, and staged at Roy Thomson Hall in Toronto in conjunction with 70 musicians of the Toronto Symphony Orchestra.

Since then, Red Sky has reached out to audiences across the country and around the world. This past June, Caribou Song and another Red Sky production, Raven Stole the Sun, were performed at The Dreaming: Australia’s International Indigenous Festival. The two productions also traveled to a variety of locations across Canada and the U.S, from Goose Bay, Labrador to Dawson City, Yukon, San Diego, California, to the Kennedy Centre in D.C.

Other Red Sky productions have met with equal success, most notably the critically-acclaimed Dancing Americas, a piece hailed as one of the top ten dance performances of 2003 by both the Globe and Mail and the Toronto Star.

Laronde doesn’t want Red Sky to be pigeon-holed, but wants to cross all kinds of boundaries, “and really fly into all communities, whether that is First Nations, Inuit, Metis or mainstream or other culturally-diverse communities, here in Canada or around the globe.” she said.

“It’s really a company that’s about inclusivity. There is incredible cultural diversity within First Nations and I think we need to share this with the world.”

In the coming months, people from across the country will get a chance to see for themselves what Red Sky Performance has to offer, with performances scheduled across Ontario and into Western Canada.

“Travel is very important,” said Laronde “Travel within our First Nation communities and to connect with world Indigenous cultures. We have so much to contribute to the world and the world is just so incredibly thirsty for it.”

Laronde said that, while everything has been a lot of work, it has definitely been worth the effort. That effort, she added, has not gone unnoticed – many people have come up to her to congratulate her on her many accomplishments. “I feel like it’s been a lot of work, and I find that the harder I work the luckier I’ve become,” she said.

Laronde holds a Bachelor of Arts (Honours) from the University of Toronto, and studied Spanish and literature for one year at the University of Granada in Spain. In 2004, Laronde was one of 225 Canadians chosen to take part in the Governor General’s Canadian Leadership conference, held each year to help broaden the perspectives of the country’s future leaders. Participants are drawn from the business, labor, government, academic, community and cultural sectors. “It was really great to be chosen among the 225 other Canadians,” said Laronde. “I was able to meet those people from all areas.”

When asked what she sees as her greatest accomplishment so far, Laronde said two things come to mind – being able to do what she loves to do, and bringing her homeland into her creative work.

“I feel that I am helping to put Temagami on the artistic and cultural map and I think that is a wonderful accomplishment.”